How Zimbabwean Refugees Became One of South Africa’s Top Sommeliers 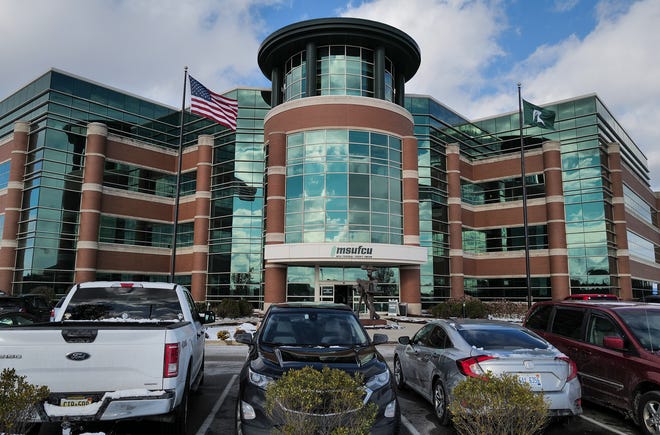 The Platters’ guide was initially rejected by the South African winery, and the then-dominant wine organization, the KWV, refused to even provide details of the book. But it has since firmly established itself as the bible of Cape Town‘s thriving wine scene. It is now run by a team of tasters who strive to keep up with the many new developments there.

A journalistic instinct never subsides, and in 2016, Erica reached out to me with an extraordinary story. It was the story of a small group of economic refugees from Zimbabwe whose education had been devoid of wine and food, but who were all now head sommeliers at the best restaurants in Cape Town.

One, Joseph Dhafana, arrived in Johannesburg in 2009 aged 27, roaming the streets in search of work and sleeping rough. He was housed at the city’s Central Methodist Church, which had become a refugee center and was often featured on television newscasts. He was spotted onscreen one night by a cousin living in what was then a booming Cape wine region, Swartland, and she invited him to visit.

His first job was as a gardener working whatever hours he could, including in the garden of a restaurant called Bar Bar Black Sheep, whose owner, Mynhardt Joubert, soon promoted him to dishwasher.

He then became a waiter and, as he later told Platter, “On March 7, 2010, I had the very first glass of champagne of my life, from Mynhardt [the restaurateur]. It was my birthday. I struggled a lot to finish it. Looking into the glass, which was sparkling, with my mind on the vines, trying to think how can anyone convert grapes into such a wonderful liquid, I asked myself dozens of questions with no one to answer. The wine bug has been following me since that day.

I tried to think how can someone convert grapes into such a wonderful liquid. The wine virus has followed me since that day

Dhafana moved to Cape Town and worked his way up the food service ladder, passing wine exams and finding himself in charge of the wine list at the famed restaurant La Colombe. He connected with three other young Zimbabwean men who had come to South Africa in the 2000s in search of a better life and whose work ethic and fascination with wine mirrored his own. They all became top sums: Tinashe Nyamudoka at The Test Kitchen, Pardon Taguzu at Aubergine and Marlvin Gwese at Cape Grace Hotel.

In 2015, Dhafana entered the South African Wine Tasting Competition and placed third. In 2015, he was therefore included in the South African team for the World Wine Tasting Championships, organized each year by the French wine magazine La Revue du Vin de France. The South Africans pulled off their best performance ever and, inspired by that, Dhafana set out to assemble a Zimbabwean squad, to include his three friends, for the 2017 international competition.

The only problem was the cost. Some of their employers helped, but the team needed a lot more. We participated in a crowdfunding campaign on my website. A total of £8,262 was raised, more than needed, so in August 2017 they were ready to take on the world in Burgundy two months later.

It sounded like such a great story that I emailed everyone I could think of who might be interested in making a film about their attempt, to no avail.

In June 2017, I attended a good wine conference at the Ventoux estate by Xavier and Nicole Sierra Rolet, producer of Chêne Bleu wines. Australian Andrew Caillard, another Master of Wine, was also present. He had been an adviser on a rather successful 2013 film titled red obsession about how the Chinese fell in love with wine, so I tried to sell him the idea of ​​a film about Zimbabwean wine tasters, hoping he would pass it on to the rest of the team in Australia.

As it happens, producer-directors Warwick Ross and Rob Coe were looking for a subject for a second wine documentary and were considering making a film about the annual Oxbridge wine tasting competition in London. Caillard scribbled a note about Zim sommeliers on a piece of paper at Chêne Bleu in June and put it in the pocket of a jacket he didn’t wear again until August, when he found and mentioned the idea to Ross and Coe. They were delighted. By September 8, they had the funding in place and had booked a flight to Cape Town just 11 days later to film the first footage, on the Zims’ preparations for the competition.

In October, my Zimbabwean-born colleague Tamlyn Currin and I traveled to Burgundy to watch the competition – and the filming – and were delighted to meet the four members of the Zimbabwean team. They were truly inspiring. At dinner the night before, they kicked off an impromptu a cappella song, drawing enthusiastic cheers from their fellow contestants from 24 different countries. This, and the team’s fervent group prayer just before the wines were poured, was of course cinematic gold.

Anyone with any knowledge of film production knows how time-consuming it is, but this particular film, called blind ambition, has been greatly hampered by the pandemic. It was due to launch in Cape Town at the end of April 2020 but has not yet screened there. Eventually, its debut came at the Tribeca Film Festival last June, where it won the People’s Choice Award for Best Documentary Feature.

It has pulled off similar feats at film festivals in Sonoma and Sydney and this Thursday will finally have a London premiere, at the Curzon Mayfair – at a screening in aid of the International Rescue Committee, which has helped so many refugees everywhere to come back. on their feet.

It would be unsportsmanlike of me to say more about the sums’ performance at the 2017 and 2018 Wine Tasting Olympics, both filmed for the documentary, but I can report on what the crew members do now. As well as working as a sommelier for Roar Africa, a travel specialist, Dhafana has his own range of wines and gin, Mosi and Tongai. Nyamudoka offers a range of South African wines, Kumusha, which are fairly well distributed in the United States. Taguzu moved to the Netherlands where he runs the only 100% African-owned wine import and export company in Europe. He also made an Austrian wine called Dzimbahwe. Gwesen is now the group’s sommelier at the new five-star The Cellars-Hohenort hotel in Cape Town and has also started making his own wine, Mukanya.

They are all still very much in touch with the woman they call “Gogo [granny] Ex,” after Platter’s nickname, Exie, and all four plan to attend the premiere in London.

Must See — A Brief History of Wine Films

Tasting notes on the Violet Pages of JancisRobinson.com. More resellers of Wine-searcher.com