of South Africa and 30 years of Eden found | Locust 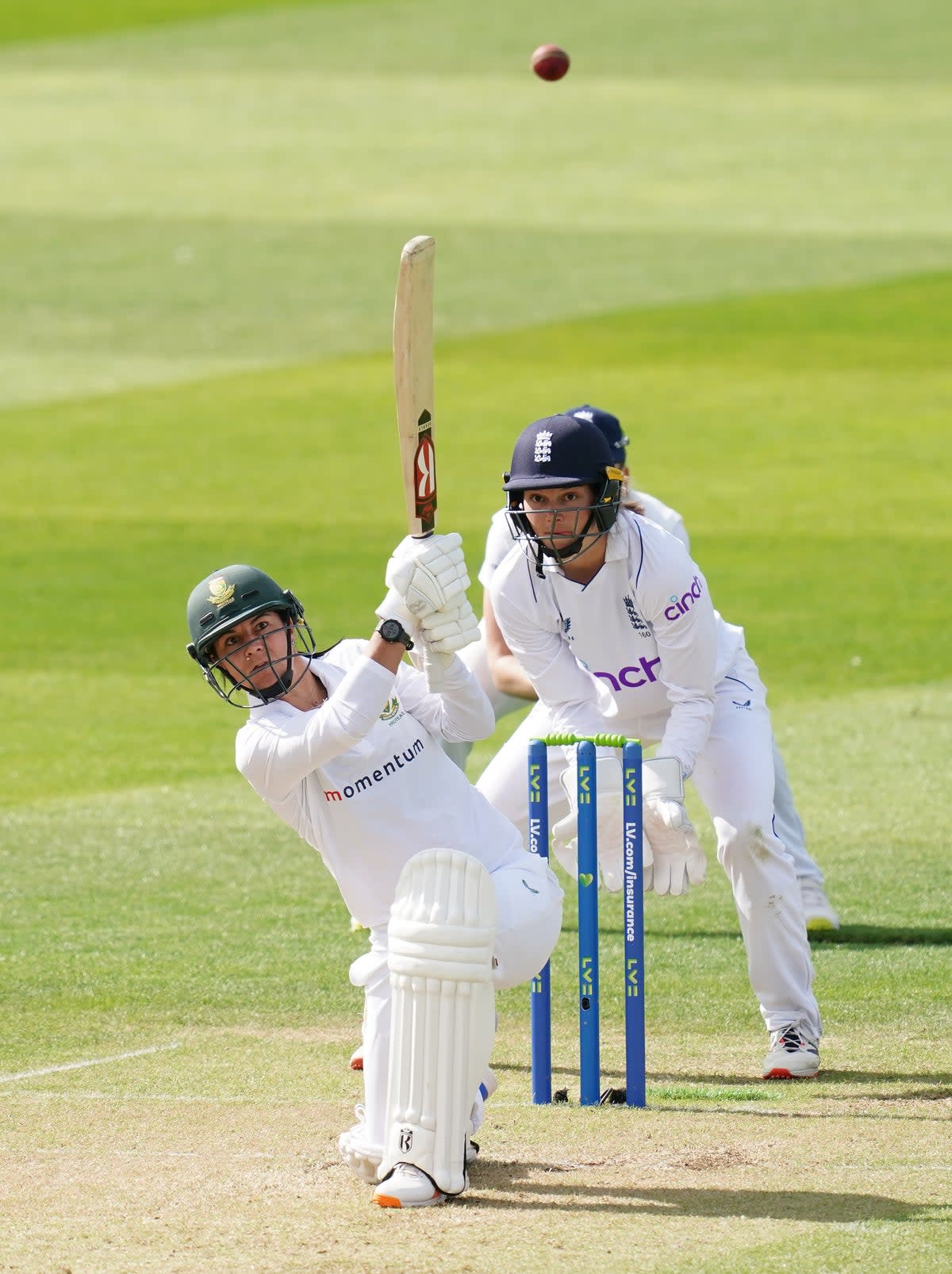 “It was unthinkable that a South African plane in November 1991 would take a South African cricket team, some of its sponsors and supporters, over India and touching the base in Calcutta. It was unheard of.

On the other end of the line, Dr Aron ‘Ali’ Bacher talks about Johannesburg, gushing from that ODI in Kolkata on November 12, 1991. It was a close match where Allan Donald announced himself with 5/29 ahead of Sachin Tendulkar (62) and Pravin Amre (55) guided India to a three-wicket victory in a low-scoring thriller.

It’s not the game itself that makes this date so special. It was the culmination of smart cricket policy with a touch of diplomacy, making this India-South Africa series one of the brightest shots in team sport history. It was ironic too. India was the first country to withdraw recognition from South Africa when the ruling National Party launched apartheid in 1948. But in 1991, the Indian Cricket Council proposed its return to cricket and ensured South Africa’s return to international sports the same year.

A pioneering cricket administrator, Bacher had just led South Africa to a 4-0 home victory over Australia in 1970 when international tours were halted. He joined the South African Cricket Union (SACU) which administered white players and first class cricket. The South African Cricket Board (SACB) represented colored cricket and black cricket. As an administrator of SACU, Bacher organized several rebel tours in South Africa by teams from England, the West Indies, Australia and Sri Lanka. But never India or Pakistan. So when South Africa was readmitted after the union of their boards of directors in June 1991, Bacher began testing the waters of the subcontinent for probable tours.

“We went to Sri Lanka first, then to Pakistan, then we went back to Mumbai. When we landed in Mumbai the headline was “Pakistan Pulls Out of India Tour”. Pakistan were scheduled to tour India next week in October for a five-game ODI series.

Jagmohan Dalmiya, who was instrumental in proposing South Africa’s reinstatement to the International Cricket Council (ICC) as BCCI secretary, sensed an opportunity. “He said to us, ‘Look, guys. I want you to approach India in a week. South Africa’s first match will take place in Calcutta. ‘ Dalmiya even took us to meet the Chief Minister of West Bengal, Jyoti Basu, who wanted us to replace Pakistan.

But Bacher wanted to check with other stakeholders. There was some hesitation, especially on the part of Percy Sonn, who later became the first African to become ICC president. “So I called Steve Tshwete, one of the main members of the ANC (African National Congress), and told him about the invitation from India,” Bacher explains. “He spoke to Percy for about 20 minutes. After hanging up the phone, Percy said “We’re going to India.” To this day, I don’t know what Steve said to Percy.

Interestingly, when the United Cricket Board of South Africa (UCBSA) met on Sunday, black members were in favor of continuing the tour, but not white representation. The majority prevailed. However, at that point Madhavrao Scindia, the president of BCCI and the man in charge of securing the diplomatic green light to support South Africa’s readmission to international cricket, faced a different problem.

“On Monday morning, Scindia called me,” Bacher says. “He said there is great happiness in India but we might have a problem if you send an all-white team. So I called our manager of the coaches. I said ‘I want you to choose. four young cricketers who could one day play for South Africa — two white, two black. They won’t play, but they will be part of the practices and the nets on the pitch. One of them was Hansie Cronje .

Between Monday and Thursday, Clive Rice, 43, was named head of a predominantly white South African team, National Panasonic stepped in as a sponsor with a check for Rand 250,000 and the logistics were sorted out before the deadline. departure from South Africa. “It’s so hard to describe the excitement from the outside,” Bacher says of when South Africa landed in Calcutta. “We drove from the airport to the hotel and expected there would be around 100,000 people to greet South Africa. The bus was stopping at some places, I said a few words to the crowd, then Clive said a few words.

South Africa trained in front of curious eyes on Friday and Saturday before Mohammad Azharuddin and Rice stepped out for the draw on Sunday morning. Standing in the middle of the ground, Rice said, “I know how Neil Armstrong felt when he stood on the moon.

Bacher remembers the exact moment he saw Andrew Hudson and Jimmy Cook come out at bat. “One look at Andrew and I was like ‘The first bullet on his wickets and he’s out’. You could see the stage fright. I was right! Kapil took him out in the first round. This match also sparked a revolution in the broadcasting of cricket in the subcontinent. Upon arriving in Calcutta, Bacher learned that Doordarshan never used to pay BCCI broadcast fees to broadcast cricket in India. “I said to Dalmiya, ‘This is history on the move. I will give you a quarter of a million rand to organize this broadcast in South Africa ”. His eyes popped. He couldn’t believe it. At that point, he realized how Indian cricket had been under-sold for decades. “

Thirty years after that match, India reaffirmed its commitment to South Africa by continuing a tour despite warnings of a more contagious variant of Covid-19. The tour could not have come at a more trying time, days after a Social Justice and Nationbuilding Commission (SJN) determined that Cricket South Africa (CSA) had engaged in discrimination racial, the most prominent of which are former captain and current manager Graeme Smith, current head coach Mark Boucher and former captain AB de Villiers.

Administratively, no one has dealt with racism in cricket as much as Bacher. “The players, referees and administrators were divided (along racial lines). The whites had the best of everything while the blacks had the worst. When he organized these rebel tours in the 1980s, Bacher said he didn’t know how his compatriots felt. “I thought apartheid would be here for the rest of my life and therefore cricket would be isolated. Obviously, I was wrong.

For the first time in 1989, when Mike Gatting was leading a rebel tour, peaceful protests were allowed. “In the early 1980s, if there were demonstrations outside the ground, the police locked them in jail. So these games that were supposed to be peaceful, I now know why, ”Bacher explains.

1989 was a revelation. “It really touched me. If I had known the great antagonism of the majority of South Africans about these tours, I think I would have thought twice. All I would say is that I am very confident about the recent developments in South Africa. I just hope we don’t end up with the polarization of South African cricket, white versus black and black versus white. 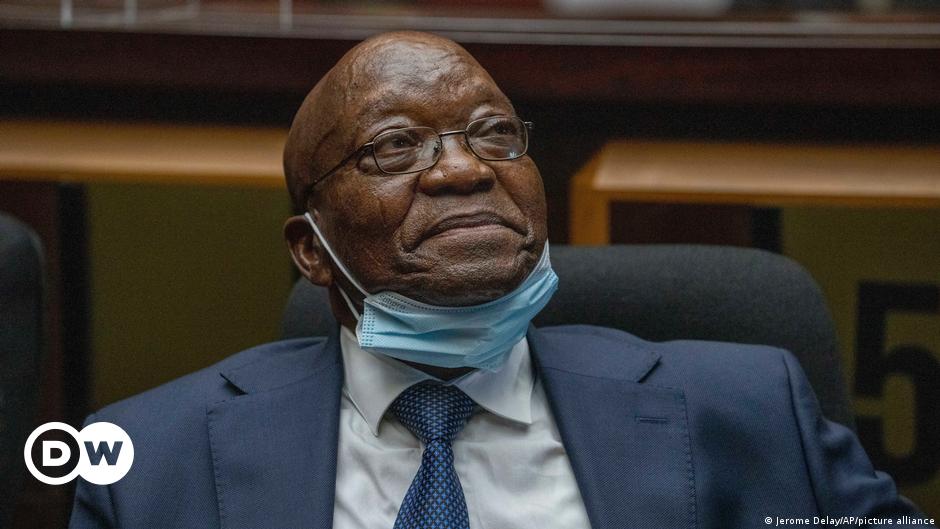